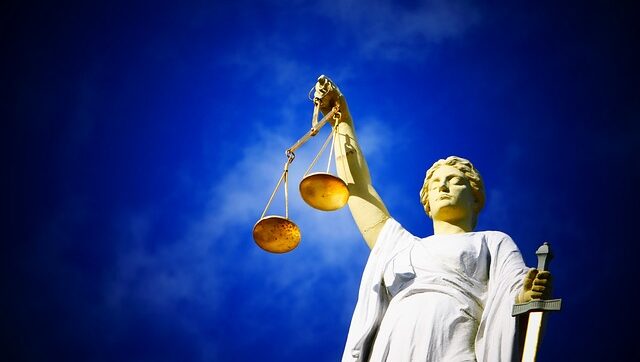 US immigration is quite strict when it comes to criminal activity. If you have been arrested, whether in or out of the United States, it may have serious consequences. Some criminal convictions can make you removable (deportable), while others can bar you from entry into the United States, making you inadmissible.

When applying for a green card (or adjustment of status), you are asking for legal admission, so you are subject to the same inadmissibility grounds even if you are not physically trying to enter the US. In this article, we will examine some common criminal grounds of inadmissibility and whether they can be waived.

A crime involving moral turpitude (CIMT) is an act that is "inherently base, vile, or depraved, and contrary to the accepted rules of morality and the duties owed between persons or to society in general." For example, most, if not all, courts agree that theft is a CIMT. Determining whether a criminal act could be a CIMT involves a legally complicated analysis and it is best to consult with an experienced immigration attorney.

Under the Immigration and Nationality Act (INA), there are a few exceptions where an offense will not be considered to be a CIMT:  The juvenile exception: this applies when the noncitizen was convicted in an adult court while under 18 for only one CIMT, and the conviction or release from confinement took place at least five years before seeking admission.  The petty offense exception: this applies when the noncitizen has committed only one CIMT, where the maximum possible imprisonment sentence does not exceed one year, and the actual sentence imposed was less than 180 days imprisonment.

Noncitizens who have violated any law related to illegal drugs, whether inside the US or in a foreign country, are inadmissible. Even attempting or conspiring to violate such laws can make a noncitizen inadmissible. And, as is always the case in immigration, a conviction is not required. Simply admitting to the essential elements of the controlled substance violation is enough.

Any person convicted of two or more crimes is inadmissible if the person was sentenced to five or more total years in prison (counting the sentences in the aggregate). This applies regardless of whether the crimes involved moral turpitude or the multiple convictions arose from a single trial or scheme of misconduct.

Any person the US government "knows or has reason to believe" is a controlled substance trafficker is inadmissible. This includes individuals who aid, abet, conspire, or collude with others in illicit trafficking.

Immigration and Prostitution or Commercialized Vice

Any person coming to the United States to engage in prostitution (or any other commercialized vice) is inadmissible. If someone engages in prostitution within ten years of applying for a visa, or green card, or entry into the US, then that person also becomes inadmissible. Others common grounds of inadmissibility include: money laundering, human trafficking, and violations of religious freedom by someone who was serving as a government official. Noncitizens who have engaged in serious crimes who have asserted immunity from prosecution are also inadmissible.

To overcome some of these crime-related inadmissibility grounds, a noncitizen might be able to seek a waiver. This is called an I-601 waiver. Under the INA, filing this application can waive the following criminal grounds:

As you can see, a controlled substance violation, drug or human trafficking, money laundering, and foreign government officials who committed particularly severe violations of religious freedom, are not covered by the waiver. Crimes that can never be waived include murder or criminal acts involving torture, or an attempt or conspiracy to commit such crimes.

Depending on the ground of inadmissibility, the waiver has different eligibility requirements. For prostitution and crimes that are more than 15 years old, the requirement is least burdensome. In these cases, the applicant only needs to show that he/she has been rehabilitated and that his/her admission is not contrary to the national welfare. For other types of crimes covered by the waiver, the applicant needs to demonstrate that his qualifying relative will suffer extreme hardship if the waiver is not granted. A qualifying relative can be a spouse, parent, son, or daughter who is a U.S. citizen or a lawful permanent resident.

Determining whether an applicant qualifies for an I-601 waiver, and what other grounds of inadmissibility it waives, also involve a complicated legal analysis and is beyond the scope of this article.

If you or someone you know has been arrested or convicted of the offenses listed above, it is best to hire the services of an experienced immigration attorney so that they may help you navigate the best way forward.

Have more immigration questions? Quan Law Group can help. Contact us today to help you with your immigration case.