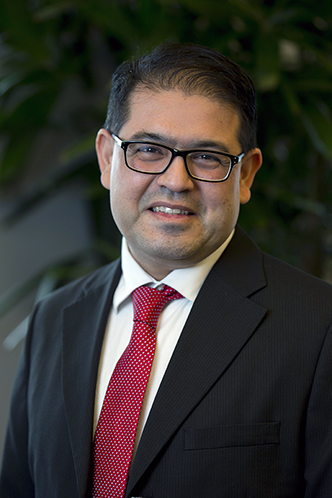 Myron R. Morales focuses his practice on all aspects of business and family-based immigration, as well as global workforce mobility. He has broad experience in the energy, information technology, education, transportation, entertainment, and healthcare industries. Some of his notable representations include successfully managing one of the largest H-2B requests in the history of the program, obtaining H-1B cap exemptions for teachers, obtaining Conrad Waivers for physicians, and representing professional athletes, musicians, actors, scholars, and investors. Mr. Morales also has extensive experience with I-9 and eVerify compliance. Mr. Morales has nearly 20 years of experience assisting individuals with complex family-based immigration issues and claims to United States citizenship. Some of his notable representations include obtaining permanent residence for a K-1 visa holder who had been in limbo for 30 years, obtaining fraud and extreme hardship waivers, claiming citizenship for persons with passport denials, affidavit of support issues, and overcoming petition revocations.

Mr. Morales’ passion for the practice of immigration law stems from his background as a Mexican-American and also from his own experience as an immigrant to Canada. “…I am driven to work hard for my clients after my own experience as an immigrant with a firm that did not seem to care about me and my family. The consequences of this firm’s mistakes and unwillingness to fix them were real and had a negative effect on my family and our ability to function in our new society. I do not want any of my clients to ever be in that situation and that is why I strive to find the best solutions and consider more than just what will happen at the immigration office.”

Mr. Morales graduated from the University of Texas at Austin in 1996 with a Bachelor of Arts in Government. During college, Mr. Morales was a Research Assistant at the Tomás Rivera Policy Institute where he focused on the analysis of immigration related policy. He received his Juris Doctor from the South Texas College of Law, where he served as an Articles Editor of Currents: The International Trade Law Journal . During law school, Mr. Morales served as a Judicial Intern at the United States District Court for the Southern District of Texas where he drafted opinions regarding habeas corpus jurisdiction in the immigration context. He also served as an Intern for the Executive Office for Immigration Review where he drafted opinions regarding relief from removal, including cancellation of removal, asylum, registry, temporary protected status (TPS), citizenship, and adjustment of status to lawful permanent residence. Mr. Morales then served as a law clerk at the immigration law firm of Tindall & Foster, P.C. which later became FosterQuan, LLP. After rising to the level of Associate Attorney, Mr. Morales joined the law practice of AILA Past President Allen Kaye in New York City. Eventually, Mr. Morales was recruited by Egan, LLP (affiliated with Ernst & Young, LP) to serve as the Manager of the firm’s U.S. Immigration Law Practice in Calgary, Alberta, Canada. After returning to the United States, Mr. Morales engaged in solo and small-firm practice until he joined the Quan Law Group, PLLC as a Senior Associate Attorney.

Mr. Morales is well-known in the immigration law community as he has been invited to speak about extreme hardship waivers at the University of Houston, B-1 OCS visas at the Offshore Modular Construction Summit, global mobility at the Workforce Next Fall Summit, visa categories at the Border Energy Forum in El Paso, Texas, deemed exports at the San Antonio Bar Association, and immigration policy updates at the Mexico Trade Center in Austin and at the Annual Conference of the Texas Association of Mexican American Chambers of Commerce (TAMACC). He has been quoted by the El Paso Times , Ahora Sí , Qué Pasó Paisano , and El Mundo . Mr. Morales’ peers have also invited him to teach other attorneys about immigration law by speaking at the National and Texas Annual Conferences of the American Immigration Lawyers Association (AILA) in National Harbor, Maryland; Oklahoma City; and San Diego, California. Mr. Morales has also served as an expert witness in family court cases where immigration status has been an issue.

Mr. Morales has been recognized as a Lawyer of Distinction (2016-2017) and has been rated as a Superb Immigration Attorney by Avvo (2012-2020) while receiving the highest rating for immigration attorneys by the Lead Counsel Review Board (2013-2020). His work has been recognized by Acquisitions International Magazine, Corporate LiveWire, Corporate America, and the Offshore Excellence Awards. Mr. Morales has also received the Continuing Education Award from the Kentucky Bar Association (2004-2008, 2011-2013).