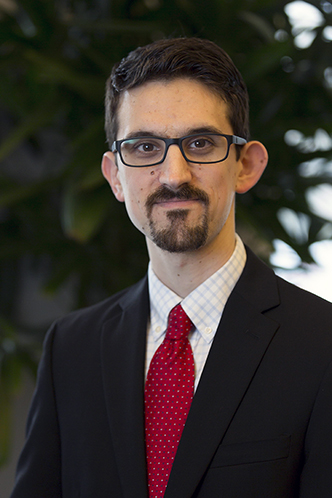 McGeorge School of Law
University of the Pacific
(J.D. 2013)

Jason F. Kyriakides focuses on business and family-based immigration law. He has experience obtaining employment-based visas in a broad array of industries, including information technology, oil and gas, healthcare, and finance. He regularly advises employers on H-1B, L-1A/B, and E-2 matters, as well as immigrant visas in the EB-1, EB-2, and EB-3 employment-based categories. Mr. Kyriakides also has experience with fiancé visas, religious worker visas, waivers of inadmissibility, naturalization, and many other areas of immigration law.

Mr. Kyriakides graduated from the University of Texas at Austin in 2009 cum laude with a Bachelor of Arts. He earned his Juris Doctor from the Pacific McGeorge School of Law at the University of the Pacific in Sacramento, California. During law school, Mr. Kyriakides served as a law clerk at several respected immigration law firms in the San Francisco Bay Area, including two business immigration-focused practices that served major technology and logistics companies on the West Coast. He also interned for an international transactional law firm in Shanghai, China that dealt with contractual and maritime matters. Mr. Kyriakides also interned for the Asian Law Caucus, the oldest civil rights organization in the United States serving the Asian-American community, where he helped applicants seek cancellation of removal, waivers, and other immigration relief.

Mr. Kyriakides is a member of the State Bar of Texas and the American Immigration Lawyers Association. He received a 2021 Best Lawyers: Ones to Watch recognition for Immigration Law, and has been recognized as a Lawyer of Distinction (2017). He currently has a 5-star rating on Avvo and has given presentations to the public on various immigration options as well as the public charge doctrine.