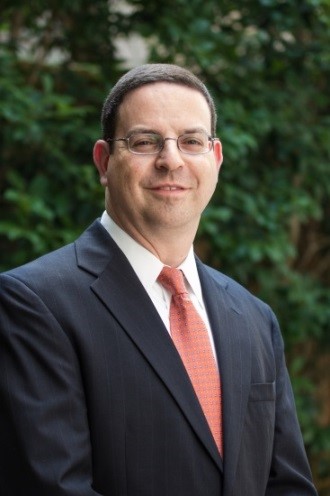 focuses his immigration work on employment matters, family-based immigration, as well as citizenship and naturalization. At a firm with lawyers representing several nationalities and speaking a variety of languages, Mr. Slater is the lone native Texan who grew up in Houston.

As a political science graduate, he helped constituents while working as a congressional aide and caseworker, first for U.S. Rep. Ken Bentsen, and later for Rep. Chris Bell. In that role, Mr. Slater gained a practical understanding of immigration hurdles, serving as a liaison to what is now U.S. Citizenship and Immigration Services. He learned that “there’s the way the law is written and the way things actually work in practice.”

His congressional work inspired him to pursue immigration law. He continued to work full-time while attending the South Texas College of Law part-time in the evenings, and earned his degree in 2004. He joined the immigration law firm of Tindall & Foster, PC which later became FosterQuan LLP. He rose to senior attorney before joining Gordon Quan as partner in launching Quan Law Group, PLLC.

As an immigration lawyer, “you’re really trying to tell a person’s story and explain why that person came to the United States and seeks an opportunity to stay, or in some situations, an opportunity at a second chance. I’ve always liked the fact that everybody has their own story,” Mr. Slater says.

Mr. Slater has assisted many young clients seeking status under Deferred Action for Childhood Arrivals (DACA) – those who were brought here unlawfully as children or overstayed their visas, graduated from high school and want to stay and attend college or seek employment. “These are good kids who grew up here, graduated here, and they don’t know their home country, which may be Guatemala, Mexico, South Korea or someplace else,” Mr. Slater says. He mentions a young woman now in nursing school under DACA, and a young man who was top of his class and is now able to find employment and become a tax-paying member of society. “It’s nice to be able to help them. This is the only home they know.” In addition, he handles employment cases, assisting energy companies and consulting firms in hiring foreign workers often with important technical skills. He also represents a professional sports team.

Mr. Slater has been named to Best Lawyers in America 2018-present. He has made several presentations on immigration legal issues during his career to the American Immigration Lawyers Association, the State Bar of Texas Advanced Immigration Conference, and Immigration Law Weekly CLE seminars.