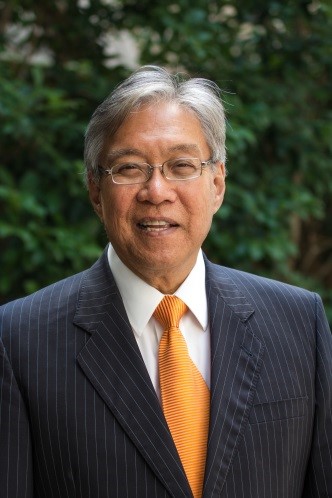 Gordon J. Quan, a nationally recognized immigration lawyer, has a deep knowledge of the statutes and the cases, viewing the law in terms of its impact upon each person, family and business he has helped. He describes his successes by talking about the doctor whose clinic he helped start, the retail business he kept alive and thriving, or the young man he helped achieve the American dream. Mr. Quan’s career has always included remarkable work for both his clients and his community.

As managing partner of the Quan Law Group, he has been helping clients with both complex and ordinary immigration problems for 30 years. It’s earned him many national accolades including the prestigious Chambers USA’s title of “Nationwide Senior Statesman” in immigration law (2013) and The Legal 500’s list of “Leading Lawyers” in immigration. Mr. Quan was selected by his peers for inclusion in The Best Lawyers in America© 2016-present in the field of Immigration Law.  He was named Houston Top Lawyers (2007 and 2009) by H Texas Magazines. He’s earned selection to Best Lawyers in America, Who’s Who in American Law, International Who’s Who of Business Lawyers and Texas Super Lawyers (2003-2018).   Mr. Quan was also named to Houstonia Magazine’s list of Top Lawyers in 2017 and 2018.  He has the highest possible preeminent AV Rating from his legal peers through Martindale-Hubbell.

Mr. Quan has been active fostering legal groups to promote the specialty of immigration law, and he has regularly shared his expertise widely, hosting a weekly radio program on immigration law in which he answers callers’ questions.

He has chosen to give time to his community as well. In 1999, Mr. Quan was elected the first Asian-American to serve as an “at large” member of the Houston City Council.  In 2002, he was selected by the Mayor and Council of Houston to serve as Mayor Pro Tem.  He also has served as President of the Asian Pacific American Municipal Officials of the National League of Cities.

Mr. Quan has frequently earned accolades for his legal and community contributions. He was selected for the National Asian Pacific American Bar Association Trail Blazer Award (2000), the Houston Asian American Bar Association’s Impact Award (2007), the Council of Legal Education Opportunity’s CLEO Diversity Legacy Award (2008) and the South Texas College of Law Impact Award (2013). He was named Texas Immigration Lawyer of the Year in 2012 by Super Lawyers and Thomson Reuters, as published in Texas Monthly, the Justice David Wellington Chew Award for exemplary public service and professional accomplishment by the Asian Interest Section of the State Bar of Texas in 2012.